A Seismic Solution – Building Safety from the Ground Up

The basis of all construction is a strong foundation. Ensuring that your building has the strength to endure the rigours of daily use, general wear and tear, and that it has the capacity to last, is crucial to operational stability and long-term success.

At the heart of this is installing the right internal systems: proper piping, heating and ducting, transferring water, heat, and gas over the entire site. Once these systems are in place they are typically set and forgotten. But not all systems are prepared for the unexpected, and once a major catastrophe occurs there are often no second chances for these piping networks. 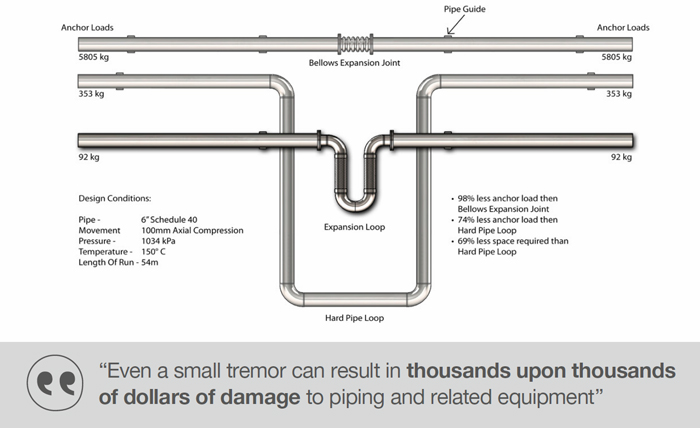 Planning for the Unpredictable 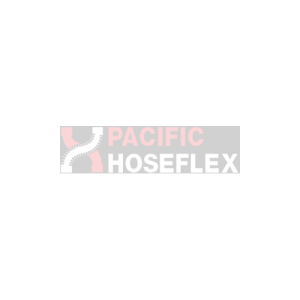 Since 20001, there have been more than twenty major earthquakes or tremors of more than a 4.5 magnitude that have rocked Australia, causing millions of dollars’ worth of damage across the country2. Shaking buildings, with infrastructure pulled in every direction, causes significant damage and wrenches piping networks loose, shaking them apart at their joints and unleashing their contents all over. One of the most dangerous aspects of these sudden earth movements or tremors is the affect it has on gas lines.

Ignoring the obvious danger of a gas leak alone, a sudden break in a gas line can cause fires and exacerbate damage already caused by earth tremors or seismic activity, and potentially put lives at risk. Just across the Tasman in New Zealand, the 2011 Christchurch earthquake caused approximately $40 billion worth of damage3 and 180 causalities, with rescue efforts hampered by broken gas mains, flooding, and fires breaking out.

Seismic movements can also cause water piping to break, flooding areas and causing excessive water damage to buildings and equipment. This can also have long-term impact on the site, with ongoing water damage and potential eroding of the site’s foundation a significant concern.
Even a small tremor can result in thousands upon thousands of dollars of damage to piping and related equipment, which can potentially be broken or destroyed in just seconds. Unfortunately, most standard pipe and gas works are simply unprepared for these events and are likely to suffer significant damage in the case of a seismic event.

Piping used in applications and locations subject to seismic conditions have their own set of unexpected random movements, as movements wrench the pipes in multiple directions at their ground points and back again, causing excessive vibrations and stress at the joints.

Standard piping, particularly at the joints – the weakest part of the system – can only move on a few planes, raising the risk of the piping breaking or shearing off at the joints. However, steps can be taken to minimise the potential damage that earth tremors and seismic movement can cause.

Pacific Hoseflex has designed a system that can minimise the risk of piping damage during earth movement or seismic events, known as Seismic Joints and Expansion Loops.

According to the company “during an earthquake these joint and loops protect equipment by allowing boilers, chillers, fan coil units and other systems to move independently of the building”.

“These assemblies will allow piping to move in all planes of motion when an event occurs. “Seismic expansion joints orientation can be changed relative to the piping, further minimising the likelihood of compressive movement.”

In addition to this they are also a simple and inexpensive alternative to dual-tied bellow expansion joints and especially ball joints where thrust loads and anchor points are required.

The Seismic Joint and Expansion Loops are available in sizes of between one to fourteen inches, have an operating temperature range of up to 700 degrees Celsius to withstand thermal expansion. The equipment is compliant with ISO 10380 standards.

Seismic Joints and Expansion Loops are AGA certified to AS 4631:2005, as they are installed in gas lines as they cross the buildings seismic joints or connection to gas fired equipment, and protect against fire and the havoc that results if gas lines are unexpectedly broken.

The Seismic Joints are available to be cleaned for oxygen use and completed bagged / capped and certified ready for service. All joints are available with fittings including flanges, threaded, copper ends and butt welded ends. Theses have been installed in all major hospitals and high rises in Australia and New Zealand.

The joints and loops are Watermark approved as well, which means once installed in buildings they are recognised to compensate for thermal expansion and are designed to withstand seismic activity relating to fire systems, plumbing, sprinkler systems and water mains.

There are significant costs, and importantly, safety benefits of the Seismic Joint and Expansion Loops system compared to standard hard pipes.

From the immediate costs of fewer repairs compared to standard piping damaged by earth movements, to safety costs, and the long running costs of incidental damage caused by these broken piping networks.
And ultimately there is peace of mind that your piping, fluid transfer systems and network is safe, and prepared for what may lay ahead, and has the flexibility to continue operating at the highest standard possible.