There are general principles we have applied to understand if anti-static (AS) is required or not and this very much depends on the medium passing through the hose.

3. Pure clean gases should not require AS.

4. If there is any doubt always use AS. (Often customers do not know the electrical conductivity of the medium passing through the hose)

At the same time the pipe or hose also becomes charged (with the opposite polarity of charge to that in the fluid). As far as hoses go we can supply an AS hose to take care of any charge which tries to build up on the inner surface of the liner (e.g. giving any charge a path to earth) and prevent electrostatic discharges taking place through the hose wall. However normally this does not remove much electrostatic charge from the fluid passing through. Designers of chemical plants are aware of low conductivity fluids becoming charged and are supposed to take this into account when the plant is designed.

As far as hoses are concerned we should recommend an AS hose when we are aware the application needs one e.g. a low conductivity fluid or two phase flow is going to pass through. This will depend on information we obtain from the customer. If they can’t supply enough information to make a decision between a natural PTFE liner or AS liner then the default should be to offer an AS liner. Under these circumstances there should be no need to limit the flow velocity in our hoses. 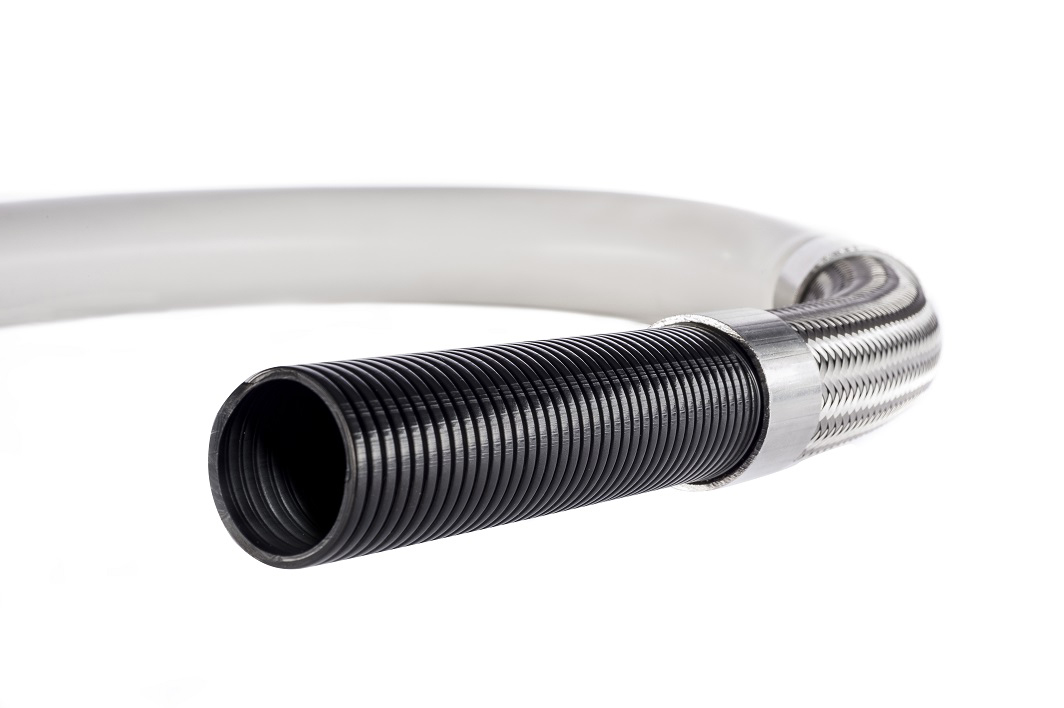